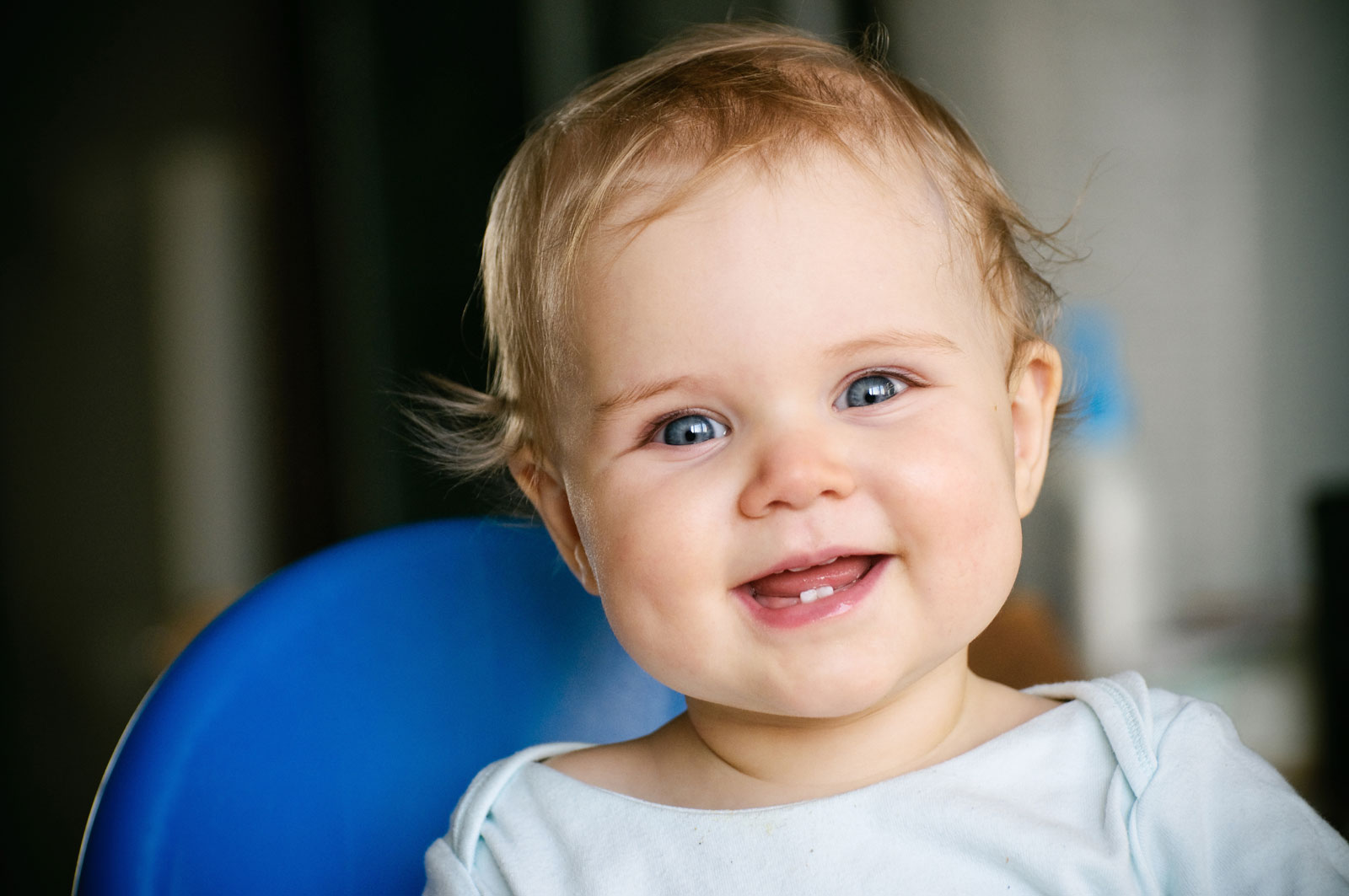 The science of the developing brain is a key component of conscious parenting. It is much easier to withstand conflict, and access the resources you have to stay open, responsive, and emotionally present for your child when you KNOW what to expect during the stages of childhood.

You may be unknowingly struggling to build cooperation, relying on punitive discipline and focusing on changing behavior because you don't know what else to do.

Disengage from the resistance and a never-ending battle-of-wills and start connecting with your children with your heart, mind, and soul!

♥ Change behavior by strengthening your relationship. ♥ 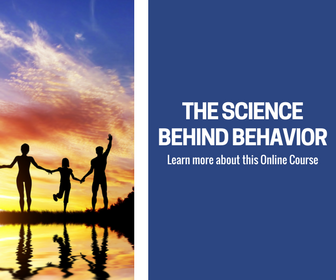 At birth, your child has billions of neural cells,
but very few working connections.

Although we are born with all the neural cells we'll ever need, they are small and mostly unconnected to the different parts of the brain. Over time, these connections are shaped by our interactions with the world.

As we grow and experience life, initially through interactions with our family and close relatives and later though our peers and the world, our brains begin to wire up.

Through repeated emotionally safe experiences, our neurons communicate to connect to other cells and strengthen important pathways to various parts of the brain.

If those vital connections are not strengthened though our attachment, children are deprived the experiences they need to grow the prefrontal cortex. Learning and executive function are compromised and children remain unable to regulate their emotions and behaviors in response to their experience of the world. 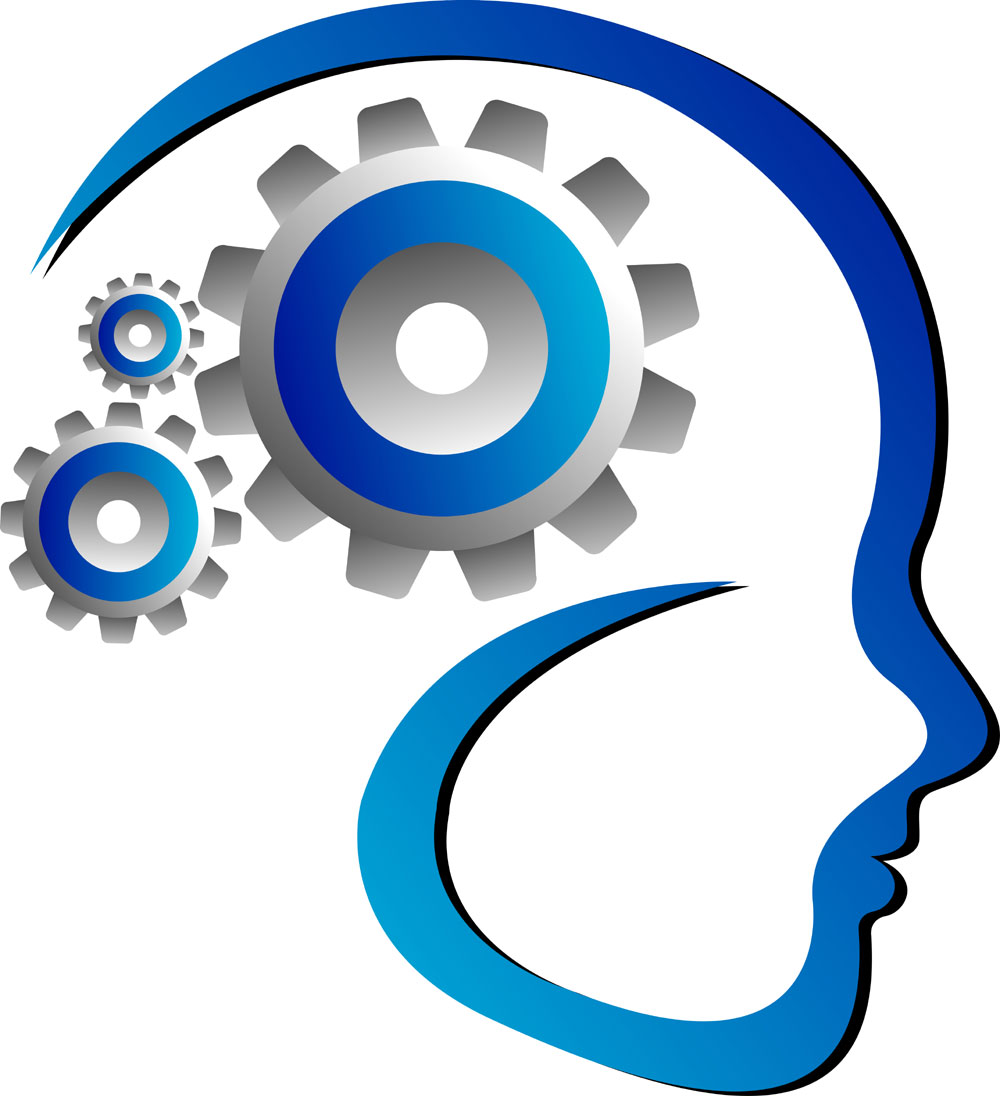 The beauty of the human brain is that while it is a wildly complex organism - it is also incredibly malleable and can change or heal at any time!!

How does this change happen?

This is great news for everyone! It takes a bit of pressure off attaining the impossible ideal of the perfect parent and allows us to focus on connection.

In the first 3-5 years, there is a dramatic growth spurt, as approximately 90-95% of cells organize and create pathways to more sophisticated brain functions. BUT, not all of these connections are permanent nor made spontaneously.

The brain is a relational organ.

Optimal development and function are dependent on a connection to a caring, supportive caregiver. You determine which connections are made. The ones that are used over and over are the ones that are strengthened.

What does this mean for you as a parent?

If a child's needs are met with empathy, guidance and love, and nurtured by a close connection then his brain oozes with love hormones that help the brain regulate and produce the conditions ready for learning.

Positive "feedback loops" are created, encoding memories that will be unconsciously accessed to inform behavior in future similar situations.

Through observing the actions and experiencing the responses of a parent or caregiver, a child assimilates information into his own repertoire and will gradually learn to model what he has witnessed and experienced.

The brain develops from back to front and from the inside out. 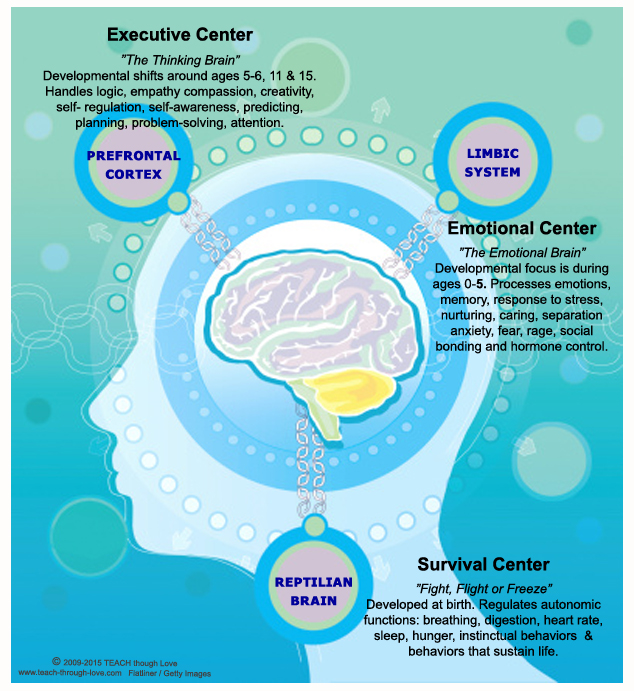 The most primal level resides at the bottom and deals with survival. This is often called the reptilian brain because, in evolutionary terms, it reaches the level of reptile development.

The second tier is the mid-brain and deals with emotion and memory. It contains the amygdala and the hippocampus and is often referred to as the "seat of learning."

The uppermost tier is the higher brain and is involved in decision making. It houses language, the sense of self and the skills required to think, predict, plan and empathize.

Infants operate from the survival center and are unable to regulate their own systems. They must rely on a consciously connected caregiver to lend their coping abilities.

Babies can be set off by light, touch, relocation, a wet diaper, noise, being alone or simply by being put down. When a young child's alarm systems go off, he depends on you to soothe him.

This area is the seat of our emotions and the focus of development in the early childhood years. Toddlers and preschoolers are operating from primarily from the limbic system or the emotional brain.

Self-expression, communication of needs and reactions to the world are expressed in the form of feelings (sometimes gigantic ones), and it is all flowing from the mid-brain.

Executive Center - (Thinking brain - prefrontal cortex) This is the last area to be established and development continues through the mid-20s. There are developmental spurts at approximately ages 5-6; 11-12; and around 15.

It is responsible for rational thought, problem-solving, planning, attention, creativity, self-awareness and understanding and interpreting emotion.

Children, at different stages, have varying levels of access to the executive functions of the brain. Without the time to amass an array of emotional and physical experiences, their brains cannot always successfully predict, plan or react properly hence they may fail to act responsibly.

There is a misguided notion that children should be more independent earlier, and do things faster and better
than their peers if they want to achieve success. 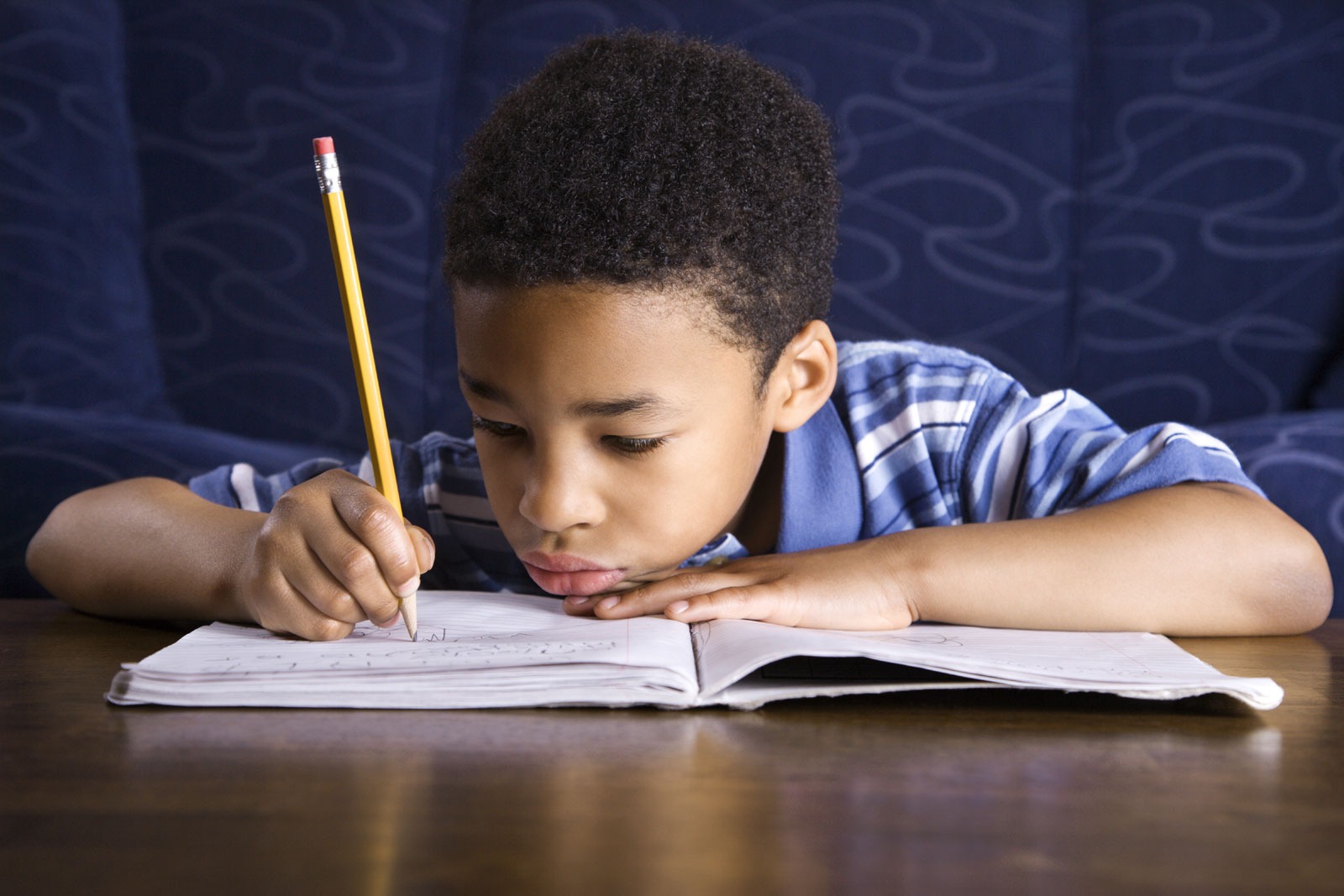 It is an unrealistic goal that places tremendous pressure on each generation to achieve the impossible - more than 25 years of brain development and experience in only a few short years.

Some parents may look forward to age 18 as if that is the magic age of adulthood, but the human brain has a good five years to go until it can be considered fully functional.

Recognizing developmental cycles and patterns helps us figure out when children are struggling and reminds us to be tolerant of missteps and regression during these shifts.

I love the Gesell theory of child development because of the way it emphasizes growth patterns - which are similar in stages but unique in how they unfold for each child. Children learn and develop at their own pace spiraling through development - alternating between periods “equilibrium” and “disequilibrium.” 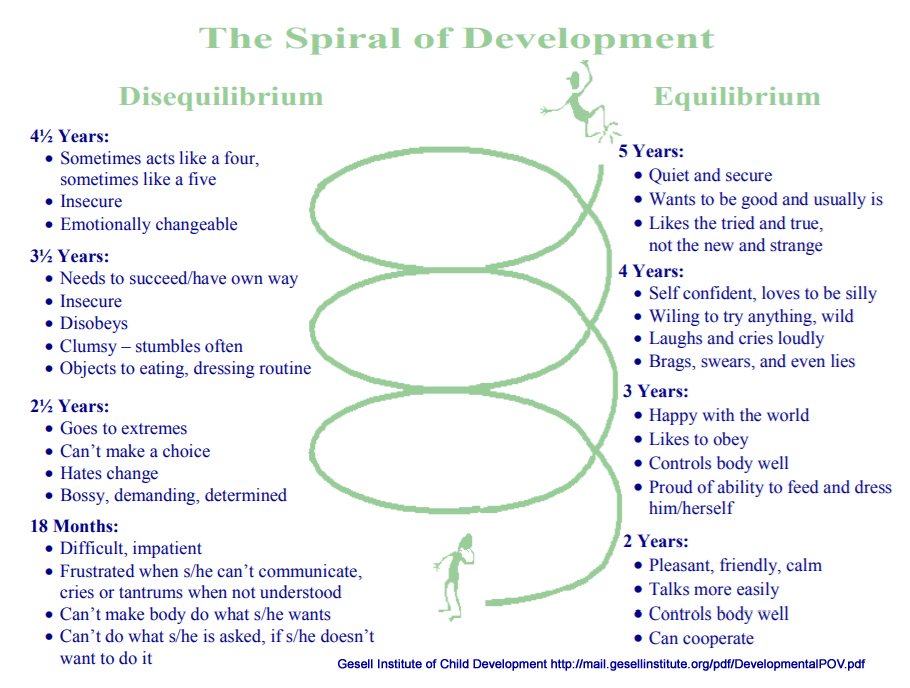 Equilibrium, occurring around ages two, three, four, and five, and continuing after on the even-age years, represents the time when children are practicing skills they have mastered and appear coordinated and at ease with themselves and the world. Equilibrium is a time when children are generally calm and cooperative and seem capable of maintaining some control over their emotions and behavior.

A period of fast growth and assimilation soon follows where children learn to incorporate new abilities into their toolkit. Children fluctuate between stages of equilibrium and disequilibrium approximately every six months in the first five years of life beginning with a time of imbalance at around eighteen months. Disequilibrium repeats on the half-birthdays in the first five years, at which point we see these periods of anxious, awkward behavior every other year.

Having developmentally appropriate expectations will help you feel less frustration and take your child's behavior less personally. We all have ideas about what's appropriate based on the beliefs of our family, society, or culture in which we live. We send our children messages about who we think they are and how society views them through our language and interactions.

Babies form internalized representations of others and of themselves based on the responses they receive from their caregivers. We inform their self-concept. As your child grows, his filter - or paradigm blueprint - will organize his systems of thought, memory, beliefs, emotions, expectations and inform his brain on how to perceive and react in various situations.

Despite giving the appearance of a rather collected and resourceful ten-year-old, your child is not always capable of relying on rational thought or considering outcomes when faced with an unstable situation, especially with an inexperienced emotional brain and/or an immature regulatory system.

What do you think? I love hearing from you, so leave me a comment below. Share your stories, post your challenges and if you benefited from this article, consider sharing it with a friend! 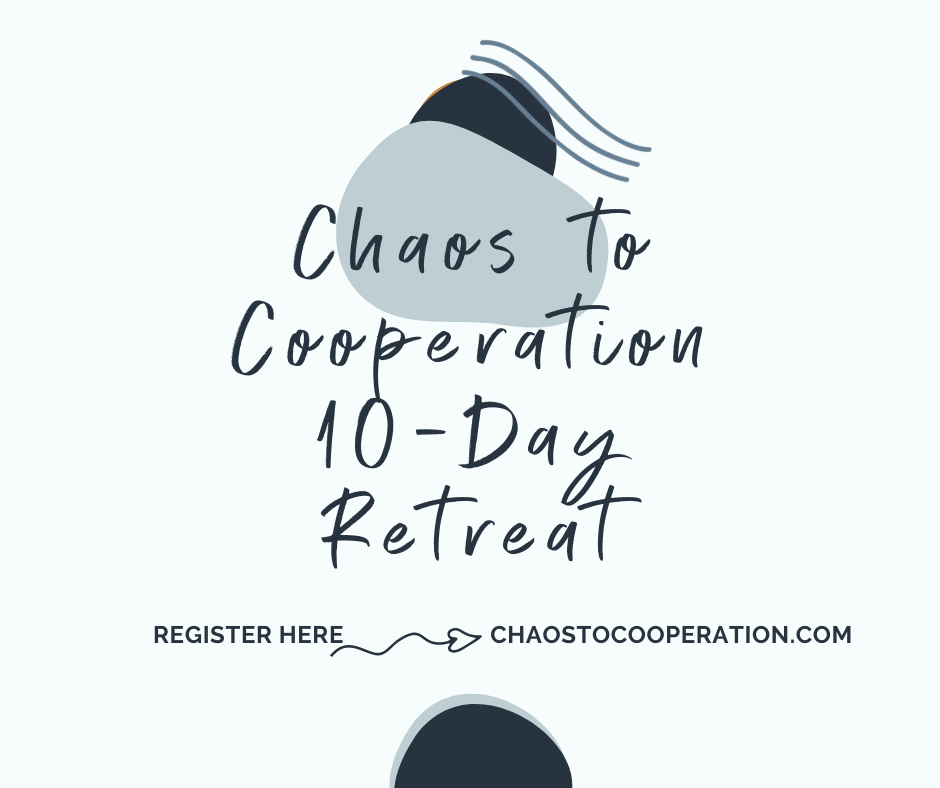